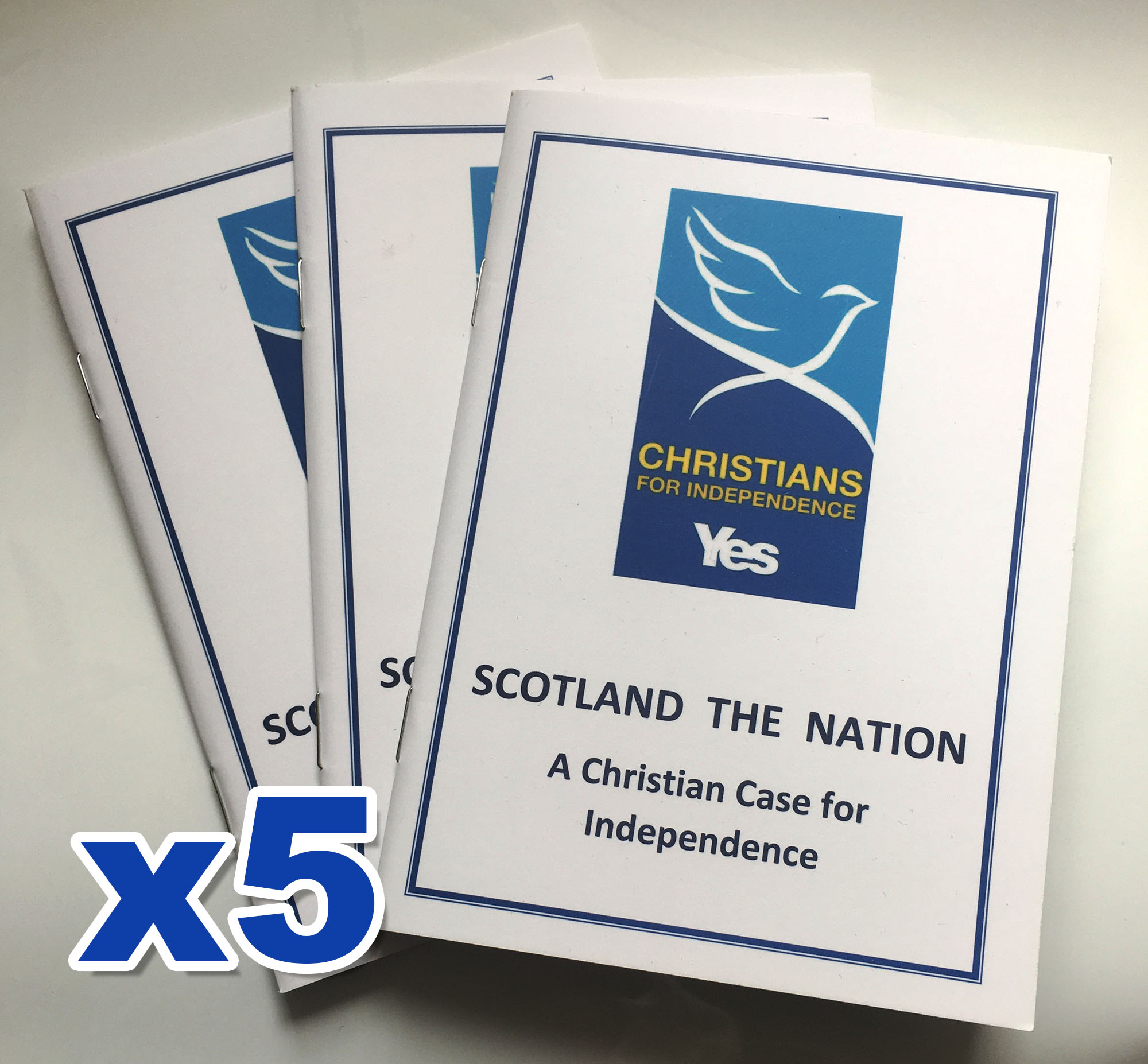 Christians for Independence Scotland the Nation is a 32 page booklet which presents a compelling case for those of the Christian faith to support Scotland's independence.

It shows the Biblical and historical justification for claiming Scotland to be a nation, and demonstrates to Christians of all demoninations how support for independence is compatible with the core Christian beliefs of justice, compassion and love.

Compiled by a team from Christians for Independence (CFI) and edited by Dave Thompson, former MSP and founding member and convenor of CFI.